The 2016 ACT State titles were recently hosted by the Majura Rangers at the SSAA Shooting Complex in Canberra. Contestants participated in the three-day event in a variety of matches including a variety of old west scenarios such as ‘Ambush In The Bush’, ‘Rescue At The Saloon’, ‘Prison Train’, ‘Chinatown’, ‘Attack On The Plains’ and ‘Shootout At The General Store’.

At each stage, shooters were briefed on an Old West scenario, and had to engage a sequence of targets with revolvers, rifle and shotgun in the quickest time possible.

Single Action is a multifaceted discipline that uses original or replica firearms which were commonly used in the Old West period at the turn of the 20th century, and aims to preserve, promote and respect the skills, traditions and pioneering spirit of the historic American.

The Majura Rangers Single Action Club is situated on the Sporting Shooters Association Australia range complex between Mount Majura and Mount Ainslie in the ACT, 10 minutes from the heart of Canberra. 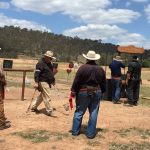 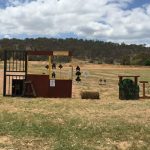 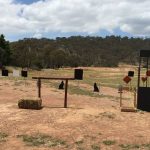 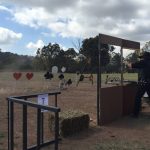