The 2018 competition season kicked off over the Australia Day long weekend with the South Australian IPSC Championships in Mt Gambier.

This match was going to be hard because temperatures of over 40 degrees was forecasted for the weekend. This was further compounded because the range is in a limestone quarry, which reflected light and heat!

It was foggy and overcast in the morning but by 10 am it become extremely hot, reaching 40 degrees by 12 pm. Luckily, the matched started early to counter the heat because by 9 am on Sunday, the temperature was in the high 30s.

His match loads worked a treat as accuracy was a make or break on some of the stages. His match load combination is .38 supercomp brass, ADI AP100 Powder and 123g Tigershark projectiles.

Now we have a month off before the Victorian State Titles, which then leads into the IPSC Nationals over Easter. Hopefully, we will be heading back to New Zealand this year for their National Championships as well as other IPSC World sanctioned events.

Below is a list of major matches for the first half of 2018 that Brodie will be attending:

Since the World Shoot in France in August last year, Brodie has been busy with his first two successful training clinics in Adelaide.

Brodie and his team would like to thank ADI for their ongoing support with their high quality Australian made powders and looks forward to seeing you on the range. 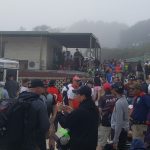 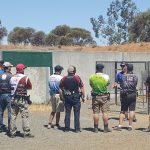